To share your memory on the wall of George Graham, sign in using one of the following options:

Provide comfort for the family of George Graham with a meaningful gesture of sympathy.

George will be missed by his sisters-in-law, his nieces and nephews, psw workers and friends and colleagues.

George taught mathematics at Bramalea Secondary School from 1970 till 1999. He volunteered at Alliston’s Attic and was a Piper with the Sandhill Pipes & Drums Band.

We encourage you to share your most beloved memories of George here, so that the family and other loved ones can always see it. You can upload cherished photographs, or share your favorite stories, and can even comment on those shared by others.

Posted Apr 09, 2019 at 11:38am
Irene, my sympathies to you and the family. Good memories of George sitting in the BSS staff room finding yet another alternate solution for his calculus class! Hope to join you on Friday.
Ed Bergey
Comment Share
Share via:

Posted Apr 07, 2019 at 12:54pm
Irene and Bill,
We are so sorry for your loss, but are thankful that George's suffering is over. We will always remember George with the fondest of memories.
Jeannie & Bill
Comment Share
Share via:
EW

I am so sorry to hear of your loss Irene. My thoughts and prayers are with you and Bill at this time. I always enjoyed spending time with you and George over the years. He was easy to be with and very down to earth. 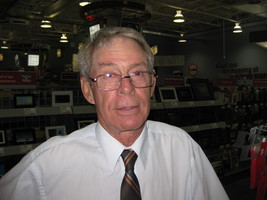 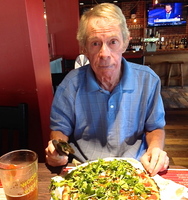 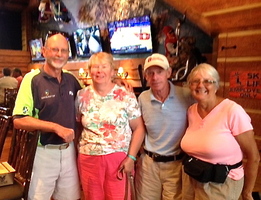