To share your memory on the wall of Scott Murray, sign in using one of the following options:

It is with the greatest of sadness that we make known the sudden passing of MCpl (retired) Scott Wayne “Skip” Murray, 64, of Alliston, on Friday, May 17, at Southlake Regional Health Centre, Newmarket.
Scott will forever be in the heart of his loving wife of 42 years, Susan, daughter Holly (James MacKinnon), son Brandon and sister Lynn (William Flindall) of Keene, On, nieces and nephews. He was pre-deceased by his parents Elaine Murray and G.B. “Scotty” Murray, brother Rick and sister Pam.
Scott followed in his father’s footsteps, a decorated WWII fighter pilot, and joined the Air Force in 1979 as an avionics technician, where he enjoyed a 30+ year career in the Canadian Armed Forces. He proudly served at sea and in the air around the world, but his greatest joy came from spending time with his family. A private inurnment has taken place.
In Scott’s memory, donations may be made to Lupus Canada or the Southlake Regional Health Centre Foundation.
PER ARDUA AD ASTRA
“Through Adversity to the Stars”

We encourage you to share your most beloved memories of Scott here, so that the family and other loved ones can always see it. You can upload cherished photographs, or share your favorite stories, and can even comment on those shared by others. 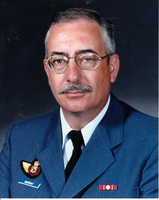