To share your memory on the wall of Alfred Jandl, sign in using one of the following options:

We encourage you to share your most beloved memories of Alfred here, so that the family and other loved ones can always see it. You can upload cherished photographs, or share your favorite stories, and can even comment on those shared by others.

Guaranteed hand delivery by a local florist
B

Posted Aug 16, 2019 at 03:29pm
What a wonderful man! I had the sincere pleasure visiting Alfred in his home near the end of his life. Always had a sweet smile for me no matter how much pain he was experiencing. He loved his family so much! I will greatly miss him. May you rest in eternal peace Alfred.
Comment Share
Share via:
AB

Posted Aug 07, 2019 at 11:15am
We wish to express our deepest sympathies to the Jandl family. Armin's first home was with the Jandl's when he came from Manitoba. Fond memories.
Armin & Suzanne Bordihn
Comment Share
Share via: 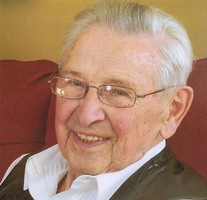