To share your memory on the wall of John Lawson, sign in using one of the following options:

Passed away peacefully, with his wife by his side, on November 9th 2019, in his 86th year, at his home in Tottenham Ontario.

Passed away peacefully, with his wife by his side, on November 9th 2019, in his 86th year, at his home in Tottenham Ontario.

Jack will be remembered for his strength of character, great sense of humour and his love of family.

Visitation will be held at Drury Funeral Centre 519 Victoria St. E., Alliston on Tuesday November 12 from 2-4 & 7-9 p.m. Funeral service will be held in the chapel on Wednesday November 13 at 11:00 a.m. Reception to follow. If so desired memorial donations to Canadian Cancer Society would be appreciated.
Read Less

We encourage you to share your most beloved memories of John here, so that the family and other loved ones can always see it. You can upload cherished photographs, or share your favorite stories, and can even comment on those shared by others.

Posted Nov 11, 2019 at 11:23pm
We will miss you Jack, thanks for for the good memories. Much Love from Dave, Christina, Angelina and Joel.

Flowers were purchased for the family of John Lawson. Send Flowers

Posted Nov 11, 2019 at 05:49pm
I have so many wonderful memories of Mr Lawson. One that I will always remember is his kindness and generosity. We grew up down the street on Weston Road. I remember working in the Green House getting all the plants ready to go to the stores for the holidays. Our family didn’t have much money back-in the day and Mr Lawson gave me a couple of hanging basket plants so we could give them to our Mother for Mother’s Day. That had meant so much to my Mom so Thank you Mr Lawson. Another found memory is the Easter Bunny he would buy for you younger Sister Kathy. She loved those Easter eggs, she said they were real chocolate. You will definitely be missed but I have wonderful memories that I will always cherish
Ruth and Kathy
Comment Share
Share via: 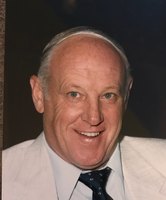