To share your memory on the wall of Edna Hufnagel, sign in using one of the following options:


Passed away peacefully in her sleep at her home on June 12, 2020 in her 106th year. Loving wife of the late Anthony Edward Hufnagel for 52 years. Beloved mother of Elaine ... Read More
EDNA HUFNAGEL


Passed away peacefully in her sleep at her home on June 12, 2020 in her 106th year. Loving wife of the late Anthony Edward Hufnagel for 52 years. Beloved mother of Elaine Spanton (Alan deceased), John,(deceased) and Donald Hufnagel. Beloved grandmother to Wendy, Lesley, Donna and Lynn, and loved by her great grandchildren Kaelen and Liam. Edna was the eldest daughter of three born to the late Edward and Sarah Humeston (nee Irvine of Grand Valley), and was predeceased by her two cherished sisters, Elsie and Dorretta.


Edna was a steadfast supporter of St. John's United Church where she belonged to the Grace Unit of the United Church Women. Edna and her sister Elsie, an inseparable pair, were so often seen happily working in the church kitchen and in the Hall serving at church functions.

Edna worked for Baxter Labs, joining the company in Acton, Ontario where Baxter opened their first Canadian plant in 1944. She later moved with her family when Baxter relocated their manufacturing to Alliston. Edna retired from Baxter after 38 years in 1982.


Gladys Edna Hufnagel (nee Humeston) was born on a homestead farm in Govan, Saskatchewan in 1914 and later the pioneering family migrated east to Grand Valley, Ontario where Edna's parents took over her Grandparent's farm in 1929. In 1933 Edna and Anthony married and moved to Toronto for 10 years where they operated rooming houses and raised a family of two, Elaine and John, through the Great Depression. After joining Baxter Labs, Edna and Anthony soon acquired a farm in Acton, and her mom and dad retired from farming in Grand Valley and joined them on the Acton farm. Her family grew again as their third child, Donald, came along. Edna left farm life behind once again moving with Baxter's relocation to the new Alliston plant in 1957.


The belle of the ball, Edna loved dancing and music. She was a talented pianist and stayed active on the piano well into her nineties, entertaining friends and family. The matriarch of a country wide clan, Edna's house was often full of visiting family, friends and celebratory revellers as she was the quintessential hostess who would cook incredible meals for everyone near and far. Edna was an active gardener and her pantry was always stocked full of preserves that she would can every year.


Edna loved her cottage at Gilford on Cook's Bay and spent family weekends and summers there since 1957 whenever she was not traveling or visiting her family and many friends coast to coast and south to Florida in winter.


Edna was known to all as a friendly, engaging, classy lady with a wonderfully warm personality and a delightful smile. She will be dearly missed and fondly remembered by so many whose lives and hearts she touched with her kindness, love, grace and charm.


A private family service will be held on June 18th at Drury Funeral Centre, and graveside service at Alliston Union Cemetery in Alliston. A Celebration of Life for Edna Hufnagel will be announced in the indefinite future. If desired, the family kindly requests that any donations can be made to The St. John's United Church, Alliston or Parkinson Canada as your expression of sympathy. Condolences may be sent to the family at www.druryfuneralcentre.com
Read Less

We encourage you to share your most beloved memories of Edna here, so that the family and other loved ones can always see it. You can upload cherished photographs, or share your favorite stories, and can even comment on those shared by others.

Adriana sent flowers to the family of Edna Hufnagel.
Show you care by sending flowers

Posted Jun 22, 2020 at 09:45pm
As I think about my memories of her, it was all about the sincerity I would see in her eyes every time you’d look into them.... her memory was second to none and she represented what we lack a lot of today.... class, respect and integrity.... her bottle of beer was something you’d never expect her to enjoy each day but she had a routine that was amazing and worked for her for an amazing 105 years.... she will be missed and I have a lot of great memories that I will have forever.... I hope she enjoys her beer watching down on us and helps to guide everyone in the right direction..... miss you and love you.... rest at peace...
Comment Share
Share via:
JF

Posted Jun 22, 2020 at 05:24pm
Edna was always one of my favorite people to visit, she always had a smile on her face and a kind word on her lips.
whether at home in Alliston or at the cottage on Lake Simcoe she always made you feel at home.
She will truly be missed by all who knew her.
Comment Share
Share via:
JF

Posted Jun 21, 2020 at 11:29pm
Sewed for Edna and her sister's for many years, lovely lady, if she didn't come to my house I went to hers. Will miss her for sure. Johanna Fumerton
Comment Share
Share via:
J

Posted Jun 21, 2020 at 07:50pm
Don,Elaine and Family. Missing Auntie Edna already. She was touched by everyone that met her. Auntie Edna was loved by all and family meant everything to her. Thank you for letting me say Goodbye to such a Wonderful Aunt.
Comment Share
Share via:
JW

Posted Jun 20, 2020 at 01:43pm
Sorry to hear of the passing of Edna.Our family had a connection with Edna's sisters Elsie and Dorretta.My Mom and Dad John and Jean walker double dated with Elsie and Harold Kindred back in the early 1930's.They remained friends for their entire lives
on a lot of occasions involving family gatherings. .My sister Lenore Walker still has communication by phone with Maureen Kindred in Alliston.John Walker
Comment Share
Share via: 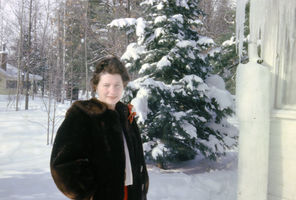 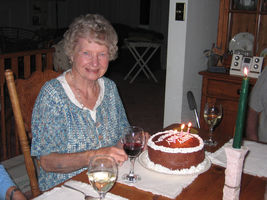