To share your memory on the wall of Ana Naray, sign in using one of the following options:

During WW II, successive armies (German and Partisan) moved through her village confiscating their food stores and animals. She saw Roma villagers and Jews being taken away never to be seen again. At one point, her father gathered the family and showed them where the family’s gold (ducats and other jewelry) would be buried so that if they were separated, the survivors could come back to claim it.
Many of her German friends’ families moved to Austria while others later made it to Canada.

She married George Naray in 1949 and they had three children-Margita (Margaretta) and the twins, Duka (George) and Ana. Unlike her peasant home, Ana’s new (marital) home had both tiled and wooden floors. Ana also changed from her traditional peasant clothing to modern dress and got rid of her braids.

Ana soon found work as a cleaning lady for several families. Eventually she became the housekeeper for one family looking after the household in every way including looking after the children. She was a trusted member of the household and set her own hours. She retired when her husband George did.Like many immigrant women, Ana learned to speak English by watching television, especially soap operas.

Within a year, the Narays bought a car and moved into their new home in the Bloor-Landsdowne area of Toronto (on Margueretta St) where they lived for four years. Later they moved to Flamborough Drive in North York.

Ana loved Canada right from the beginning. Life was so much easier-indoor plumbing, running water, washing machine (wringer style) and good health care. Many of her childhood friends and relatives were already in or eventually came to Canada.

After their children married and both families settled in in Aurora, the senior Narays also settled into a home in Aurora across the street from their son’s family’s home. The grandkids and grandparents visited daily. Their daughter and her family eventually moved to Alliston.

When the house was getting to be too much to handle, the senior Narays moved into a condo in Aurora. Eventually, with her husband’s physical needs and dementia as well as her own difficulty continuing to maintain their condo, they moved to Good Samaritan Lodge in Alliston. She and her husband loved it right away. No more worries about meals and later self care. They truly felt at home. Family (clan) gatherings eventually took place in the activity room and outdoor gardens with children, spouses, grandchildren, great grandchildren and friends enjoying major events-birthdays, Christmas, Easter, Thanksgiving and summer BBQs.

After her husband George died, Ana often visited him at the cemetery next door. When she was no longer able to do so on her own, staff would sometimes walk her over. She missed George very much. They had spent their entire adult lives together.

Ana died peacefully on December 25 at her home, Good Samaritan Lodge 3 years after her husband who died on December 27, 2017.

She is also survived by her younger sister Maria Djetvay Puskaric and her family, as well as her nephew John Djetvay and his family.

Donations are being accepted for:
Matthews House Hospice THE SALVATION ARMY BARRIE CORPS

We encourage you to share your most beloved memories of Ana here, so that the family and other loved ones can always see it. You can upload cherished photographs, or share your favorite stories, and can even comment on those shared by others.

Puskaric and Zammit Families and Mary (Naray) Swan and Family sent flowers to the family of Ana Naray.
Show you care by sending flowers

Posted Jan 08, 2021 at 09:51am
Our sympathies to the whole family. Quite an interesting life journey she had. We now have a better understanding of the connection with the German community and friends, here in Canada. May God bless and rest in peace "Teta Anuska".
Sincerely,
Mary (Naray) Swan and Family
Comment Share
Share via:
PF

Posted Jan 08, 2021 at 09:25am
Please accept our most heartfelt sympathies for your loss... Our thoughts are with you and your family during this difficult time.

Puskaric and Zammit Families purchased flowers and planted a memorial tree for the family of Ana Naray. Send Flowers

Posted Jan 03, 2021 at 01:52pm
Ralph and I entertained at Good Sam and became very fond of Ana and her husband. They never missed an opportunity to share in our music. Their smiles were contagious. We will miss her hugs when we are finally able to perform again at Good Sam. Please accept our most sincere condolences on your loss. Pat and Ralph Guinn, the Paraguinns
Comment Share
Share via:
PB

Posted Jan 02, 2021 at 03:23pm
So sorry to hear of Ana's passing. My mother (Mary) and Ana were great friends at Good Sam, visiting each other and going for long walks around the building (when they could). I didn't know Ana and George lived on Augusta... our family lived at Brant and Adelaide during those years. 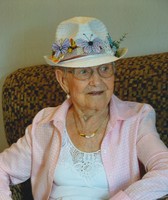 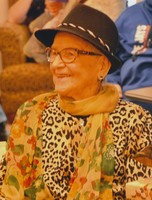 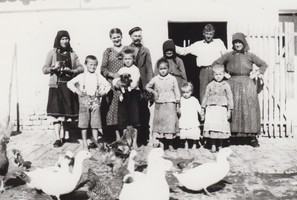