To share your memory on the wall of Dave Merkley, sign in using one of the following options:

With deep sadness Carol Albert, Glenn Merkley and Kevin Merkley regret to announce the passing of David Merkley of Tottenham on Thursday January 21st at Matthews House Hospice. Dave leaves behind his eldest son, Kevin Merkley, his wife, Joyce, and their two daughters, Erin and Erika; his youngest son, Glenn Merkley, his wife, Margaret, their two daughters Alyssa and Kayla as well as Nicole Sardina and Chris Sardina. He also leaves behind his life partner of more than 20 years, Carol Albert of Alliston and her daughter Sonia Colosanti, husband, Peter and their two children Marcel and Mitchell. He was the youngest sibling of Diane Gordon, Paul Merkley and Ernie Merkley.

Dave was the husband of Jytte Merkley who passed away from cancer on May 31st 1997 at the age of 47. Dave has continued Jytte’s legacy of community contributions through creating Glimmer Park in Tottenham as a tribute to Jytte and her significant community work.

Dave was a French teacher for the York Region District School board teaching mainly at Nobleton Sr. PS and in Newmarket at Stuart Scott PS and Denne PS. He also taught at Tottenham PS and Father F.X. O’Reilly. Even in his final days while being cared for at Southlake Hospital in Newmarket, Dave’s impact on students was clear as two nurses working in the Critical Care Unit recognized our father as their French teacher and spoke about his influence and impact.

Dave was able to remain at home with his cat Misty until Saturday January 9th. He loved Tottenham and the people he met and connected with on a daily basis and he will miss those who have crossed his path in Alliston while visiting his partner Carol.

Carol, Glenn and Kevin would like to thank the staff in the Cardiac Intensive Care Unit at Southlake Hospital in Newmarket, the staff at York Simcoe Transfer for their care and support in bringing our father to Matthews House Hospice in Alliston where our father spent his remaining few hours with Carol, Glenn and Kevin at his side. Dad was at peace having lived his life with loved ones, laughters, and being able to make a difference in the lives of those who were fortunate enough to know him.

There will be a virtual Zoom Celebration of Life on Thursday January 28th from 7:00 to 8:00pm. Please contact druryfc@bellnet.ca to be sent registration details for this virtual celebration. The family will be planning a Celebration of Life in the future in Tottenham.

In lieu of flowers, the family would kindly ask that donations be directed to the Alliston & District Humane Society and/or Matthews House Hospice in Alliston who asked for nothing but gave our family so much in his final hours.
Arrangements entrusted to Drury Funeral Centre, 705-435-3535.
Read Less

We encourage you to share your most beloved memories of Dave here, so that the family and other loved ones can always see it. You can upload cherished photographs, or share your favorite stories, and can even comment on those shared by others.

Posted Feb 09, 2021 at 02:15pm
Janet Kope
So sad to hear of the passing of Dave Merkley....I had him for French and music at Nobleton Senior PS. His class was always fun...he loved teaching and his students loved being in his class! Made us go out in the hall if we fell off our chair...we all had a habit of rocking back on them🙂. I didn't like french much but will never forget..."to la monde repete"!....Rest in Peace Mr. Merkley
Comment Share
Share via:
BZ

Posted Feb 02, 2021 at 10:28pm
Sincerest Condolences to Dave’s Family.
Dave was an excellent teacher and a wonderful person. We had plenty of conversations at Tottenham Public School and around town. After talking with Dave you always felt better than before.
Sincerely Phil Allison
Comment Share
Share via:
MW

Posted Feb 02, 2021 at 07:20pm
Deepest sympathy Merkley family and Carol on Dave's passing .May your cherished memories give you strength.

Posted Jan 30, 2021 at 05:53pm
I enjoyed the years I taught with Dave at Tottenham Public School. He always greeted everyone with his great smile. He loved to share his ideas and and then discuss the pros and cons. His teaching certainly touched many students. I will always remember Dave.
My sincere condolences to his family. Linda Hostrawser( Robinson)
Comment Share
Share via: 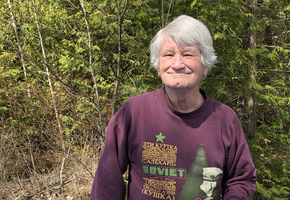 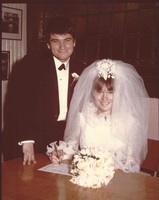 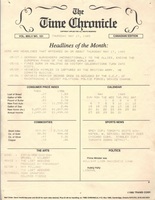